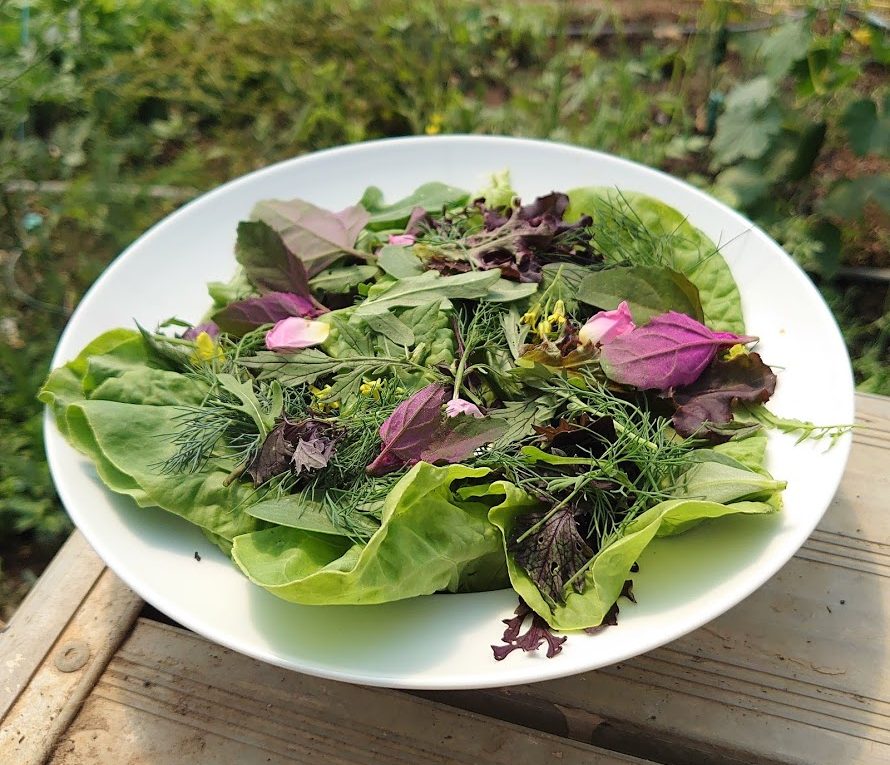 I like to eat a home-grown lunch. Winter is a time for hearty soups from the plot but after months of variations on vegetable and squash soups, I look forward to a homegrown salad for lunch. I could grow salad veg for much of the year in my polytunnel but I like to follow the seasons.

By June, lettuce and other salad veg are well underway. Lettuce may be the backbone of the salad, but I grow a wide range of other leafy salad veg to accompany.

I prefer to pick lettuce leaves rather than harvest a whole head as there is less waste and I feel I get more from the plants.  I grow a range of varieties too – the mainstays being Little Gem, red salad leaf, oakleaf and Valmaine. Later in the summer I switch to endives, radicchio, and varieties that are more cold-tolerant like Valdor.

I sow and transplant the lettuce but the fillers – dill, tree spinach, red frilled mustard and  purslane  are self sown. I let them flower and sow seed. Then the following year I have plenty coming up in the salad beds saving so much time. I just hoe the ones I don’t want – easy peasy!

By the time its September and the tomatoes are finishing and the salad veg are looking a bit worse for wear, I’ll  be looking forward to those soups again!