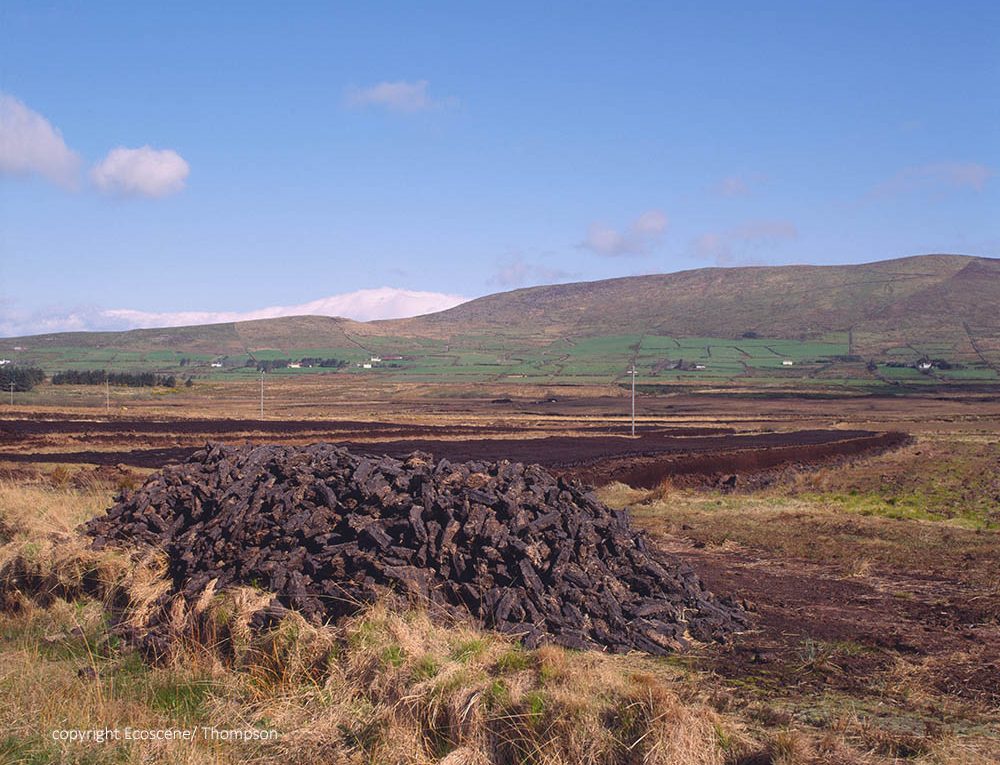 There’s been a lot of tweeting around compost in recent weeks; the #peatfree campaign which is vital to saving our peat bogs, biodiversity, climate change and flooding; the risk of #aminopyralid contamination in manures and composts and the growing popularity of digestate-based composts. Plus there was a comment from Charles Dowding on why some composts have the word #organic on their packaging when not certified organic.

It’s a dilemma for gardeners who, I hope, want to do their best for their garden and the environment, so I thought I’d look at issues around compost choices in greater depth.

I can’t believe that peat-based composts are still on sale, the campaign started way back in the 80s when the late, great Geoff Hamilton said don’t use peat. Decades later and we are still talking about a ban (bit like climate change) and targets set by government to phase out its use have come and gone. As Geoff Hamilton once said: “I think that gardeners buy peat because of brain conditioning rather than soil conditioning.”

The campaign to get them banned is not helped when well known gardeners writing in our major newspapers continue to endorse their use with throw away comments like ‘use a multi-purpose peat based compost to…’ Given the range of excellent and grower-endorsed #peatfree composts available, its unforgivable. Celebrity gardeners and influencers really need to change their ways.

It’s not just avoiding the composts, you need to ask questions when you see plants for sale in garden centres and supermarkets – have they been grown in #peatfree compost? So many are not. The commercial growers need to change their ways too as the traditional peat-based compost is cheaper than one that is #peatfree.

You can read lots of excellent articles on why we need to save our #peatbogs so to summarise:

So if you are reading this blog, the best thing you could do right now (other than finish reading it!) is join the #peatfree campaign. Fertile Fibre have an excellent page on all the things you can do as well as sign the petition

Remember, all the #peatfree compost manufacturers write #peat-free clearly on the bag. If it doesn’t say #peatfree on the bag don’t buy it!

And if you are truly wedded to peat (one wonders why?), there is just one option to consider, Moorland Gold from West Riding Organics, as they collect the peat in filtration systems. Particles of peat are washed out of moorland, especially on degraded moors, and carried away in streams and rivers. This peat has to be filtered at water treatment plants before the water is safe for drinking. Moorland Gold contains this filtered peat.

Aminopyralid and its close relative #clopyralid are nasty hormone-based weedkillers manufactured by Dow AgroScience. Typically, the weedkillers are used on pasture as they knock out the broad-leaved weeds and leave the narrow-leaved grasses untouched, while gardeners use clopyralid-containing weedkillers on their lawns. These are persistent chemicals that remain in the plant matter even after it has passed through the digestive system of a cow or horse and contaminate their manure!  It gets into garden waste when gardeners treat their lawn and put the clippings into their green waste collection that goes to amenity-composting schemes and ends up in garden compost.

Once in the soil it is gradually broken down by microbes, but it can remain in stacked manure for several years. If you use the contaminated compost to sow seeds, potting up or mulching, you may find that your plants are affected. Most sensitive are potatoes, tomatoes, peas and beans, and flowers such as delphiniums and phlox. The symptoms include distorted pale shoot tips, fern-like growth and generally stunted plants that don’t get going. Grasses and sweetcorn are not affected.

If you want to learn more watch Charles Dowding’s excellent youtube video on ‘Identifying problems caused by aminopyralid residues in hay and horse manure’, based on his trials and his first-hand experience of having had some contaminated horse manure. There is a change.org petition to get the chemical banned too.

I like to see daisies and other so-called weeds in my lawn, but if you simply have to have a weed-free lawn, then watch out for clopyralid in Weedol, LawnClear 2, Roundup Lawn Weedkiller as well as in SBK Brushwood Killer. There is information regarding active ingredients in weedkiller in this list by the RHS

With the move to #peatfree, a compost based on #digestate seems a pretty good idea. It’s the stuff that remains in the digester after the anaerobic digestion of organic material for biogas production. This material is great for gardens and amenity areas as its rich in nutrients, perfect for mulching and it’s a closed cycle as nutrients in the source material are not lost, especially the phosphate.

So why am I concerned? Well, if it’s a digestate from food waste or animal waste, then yes, it’s a really great idea; it’s a sustainable source of nutrients, free of weed seeds and pathogens and a great soil improver and mulch for the garden. For farmers its great as it replaces inorganic fertilisers, adding nutrients as well as organic matter to the soil. There’s more information here

BUT if the digestate comes from an AD plant that is generating biogas from maize then it’s a big NO! I live in Somerset and around us a lot of farmers are growing maize to supply a local digester which generates biogas. So firstly, it’s using valuable farmland for a non-food crop as all the maize goes into generating biogas when we have plenty of waste food that could do the job and, secondly, growing maize has lots of environmental implications. The area of maize grown in England has continued to rise almost exponentially since the 1970s. In 1973 there were just 8,000 hectares under maize, in 2014 it was 183,00 hectares and it’s still increasing due to the lucrative contracts offered by operators of anaerobic digesters. Nearly all the maize is grown conventionally and sprayed to control weeds which compete with the crop. The result is rows of maize plants with bare soil which is open to the elements during the growing season. Maize has a long growing season, so it is harvested in autumn when soils are wet and more prone to damage. Soil erosion, run-off and even flooding is the result. In fact, research from 2104 showed that 75% of late-harvested maize sites showed high or severe levels of soil degradation. The Soil Association produced an excellent report on this called Runaway Maize

So, if you are tempted to use a digestate-based compost check that it comes from food waste or livestock slurry. However, it its described as #vegan compost then it’s probably maize. Ask the questions!

Using the word organic on bags of compost

I don’t deny that I am biased when it comes to #organic. I have a small organic-certified farm and our allotments are also organic certified. I have always gardened organically and for the last few years I have edited Organic Farming mag for the Soil Association.

What annoys me more than anything when walking around a garden centre is seeing the word organic used on products that are not certified – organic compost, organic chicken manure and the like. Often, I get into debate with the sellers of these products when I see them on sale at garden shows, but there is nothing I can do. Charles Dowding raised this issue in his aminopyralid video too.

While the labelling of food is covered by the organic regulation and the labelling of cosmetics by the COSMOS regulation, there is no regulation covering the labelling and descriptions used on composts.  So, you will see the word ‘organic’ printed boldly on bags of compost. They can get away with it because the bag contains ‘organic matter’. Some will list organic ingredients, for example: ‘this compost was made from certified organic straw’.  Well, yes, they may have added organic straw to the compost heap, but that doesn’t mean that there aren’t loads of other things in the compost too.

The only way you can be sure that a bag of compost is actually ‘certified organic’ is to look for the organic certification logo. The main companies that have certified organic composts are Dalefoot (use bracken and wool), Fertile Fibre (based on coir), Melcourt (SylvaGrow based on bark), Carbon Gold (with #biochar) and West Riding Organics Ltd (filtered peat). But beware, some of the certified organic compost manufacturers include green waste in their organic composts. This is allowed so long as the composts are produced on an organic farm to PAS100 standards which ensures they are stored for six months or longer so any residues have broken down. Batches are sampled and sent for analysis before sale. As always, you need to check the labels carefully or ask the manufacturers on FB or Twitter.

Choosing a compost can be a bit of a nightmare. You really have to have your wits about you, read the labels and be prepared to pay a bit more for a #peatfree compost. Of course, the best thing you could do, both for the soil and your #carbonfootprint is make your own. That way all the waste from the garden and kitchen as well as waste paper and cardboard can be recycled into a wonderful compost.   Happy composting

One thought on “Compost – peatfree, aminopyralid and digestate”

🌻🌻🌻A field of sunflowers. Couldn't resist

Here are some of the tomatoes I have been growing

Potato harvest time and it's better than I expecte

Finally the chillis and sweet peppers are coming t

🦋🦋🦋 Still some butterflies around. We mus

Three stages of development on this truss of brand

Finally - its publication day for The Healthy Vege