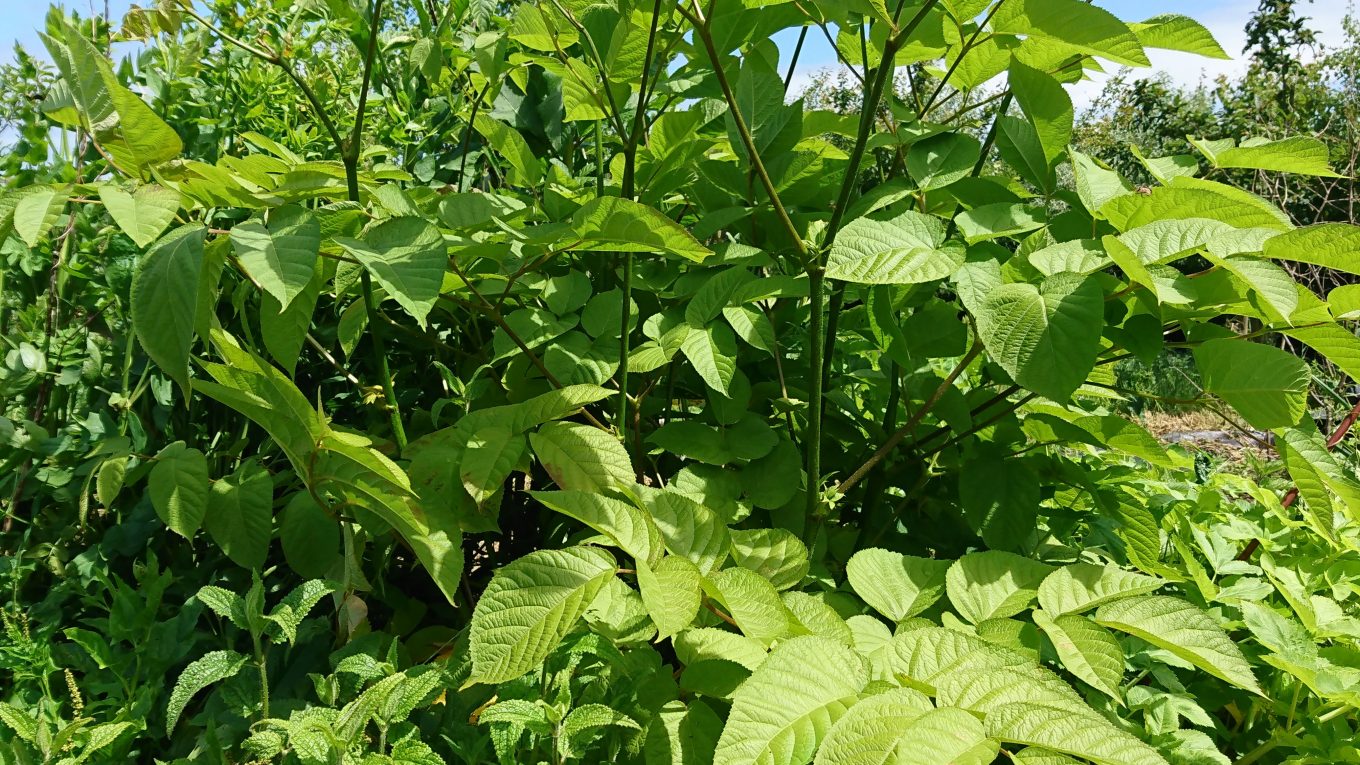 You don’t see udo (Aralia cordata) very often in the UK.  Its a huge Asian perennial ‘vegetable’ that grows to two to three metres in height. It’s also called Japanese Spikenard because of the spiky bristles on the shoots.

Being deciduous, it dies down in winter and its shoots re-appear in spring. The rate of growth is fast, the shoots of the plant in the photo have appeared in the last few weeks after the late start and they still have a bit of growing to do. Its a very hardy plant, supposedly tolerant of -25C but the young shoots can be damaged by late frost.  Not only is it edible, it has medicinal properties and it’s ornamental. The large flower spikes bearing masses of umbels of small white flowers appear in  July and August and they are a magnet for insects.

Its quite tolerant of a range of soils and positions. I’m growing it in my perennial bed in a semi-shaded, sheltered position but it does well in full shade too, so that makes it a useful plant in forest gardens. Given the size that my young plant is achieving I may move it.

As a vegetable, you can eat the tender young shoots as an alternative to asparagus  – the crisp, juicy young shoots have a lemony flavour. It can be a bit bitter but this can be avoided by peeling the shoot first.  Alternatively, you can soak the shoot or blanch it to get rid of the bitter notes. Udo is a popular vegetable in Japan where the shoots are used raw in salads, in stir-fry and soups as well as used in kinpira and tempura.  The very young leaves can be added to salads or cooked. But note that the black berries are poisonous!

Medicinally, the dried root  is used therapeutically in Korea, China and Japan, and is listed as  being an analgesic, anti inflammatory, diuretic, stimulant and tonic. Its used to treat rheumatism, lumbago,  common colds and migraines. Its medicinal properties come from the abundance of 14 different diterpenes which are known to act against Alzheimer’s disease amongst others.

Propagation can be achieved in several ways. It sets seed, which can be collected and given several months of cold stratification before being sown in late spring or early summer (they need 20C)  and then grown on in the greenhouse for the first winter. Once the young plants are of a decent size they can be planted out. Alternatively, you can take root cuttings in December,  but the easiest way is to remove and plant the suckers which are numerous.