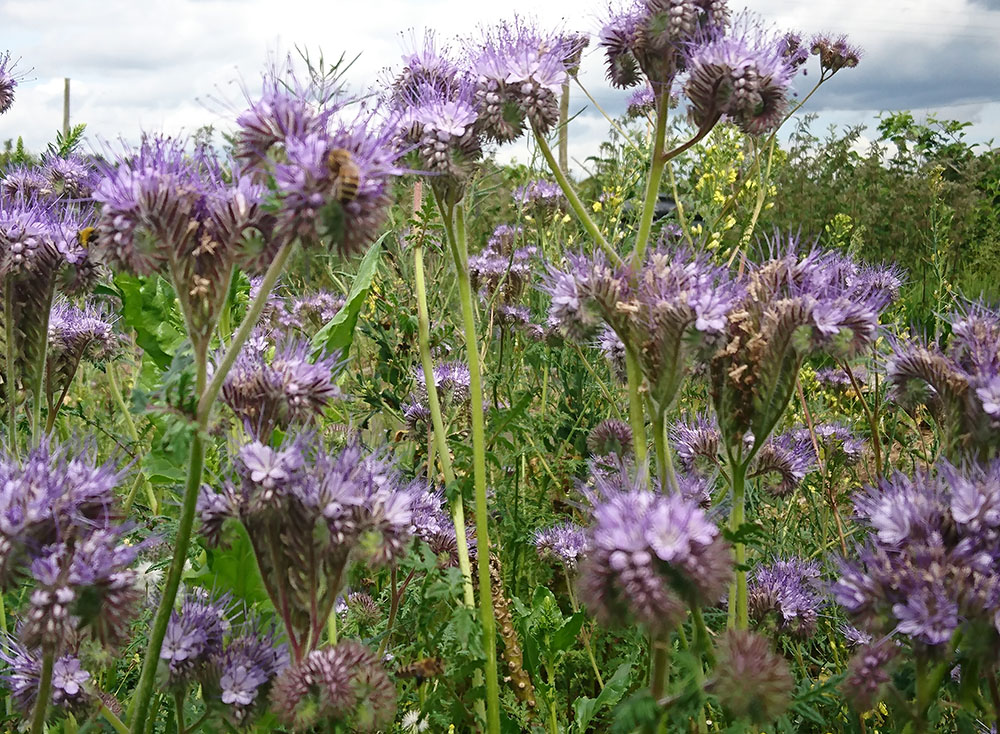 To celebrate World Soil Day, I’m writing about soil regeneration. You hear this term tossed around but what does this mean and how is it achieved?

Simply, soil regeneration means rebuilding soil organic matter and improving soil life. Many soils are in urgent need of some care and attention. For decades farmers and gardeners have subjected soil to an array of chemicals, from artificial fertilisers to pesticides and fungicides. The result is a degraded soil that lacks life – Dr Elaine Ingham describes degraded soil as dirt – a mix of sand, silt and clay but lacking the most important element  – life.

So how do you start repairing your soil? Here are a few pointers.

Phacelia is a fast-growing cover crop that produces masses of flowers which attract a myriad of bees and other pollinations plus predators. New research has found that growing phacelia as a cover crop helps to build and stabilise soils, outperforming many other cover crops, including legumes.  The research funded by Agri-tech Cornwall and carried out on Duchy College land, found that within 2 months of a March sowing, phacelia produced 40t/ha of above ground biomass and sequestered around 15t/ha of carbon and 500kg/ha of nitrogen. Between a third and half of this nitrogen would be available to the next crop. So if you want to make improvements to your soil, the easiest thing you could do would be to sow phacelia over your beds in autumn once crops are harvested and chop it down the following spring after flowering. Not only will you add a lot of biomass and nutrients to your soil, but bring in early predators, such as parasitic wasps, to help with your pest control.

Don’t forget that rebuilding your soil means that you can sequester more carbon  and this helps tackle climate change. Scientists estimate that we only have to boost soil carbon by a few percentage points to make a huge difference – so just think how much difference gardeners could make!

If you want to learn more about rebuilding your soil and using cover crops etc, have a read of my latest book, The Healthy Vegetable Garden published by Chelsea Green.  You can buy a signed copy  direct from me for £17 including a packet of phacelia seeds  and  free delivery in the UK.   Email me at sally(at)empirefarm.co.uk