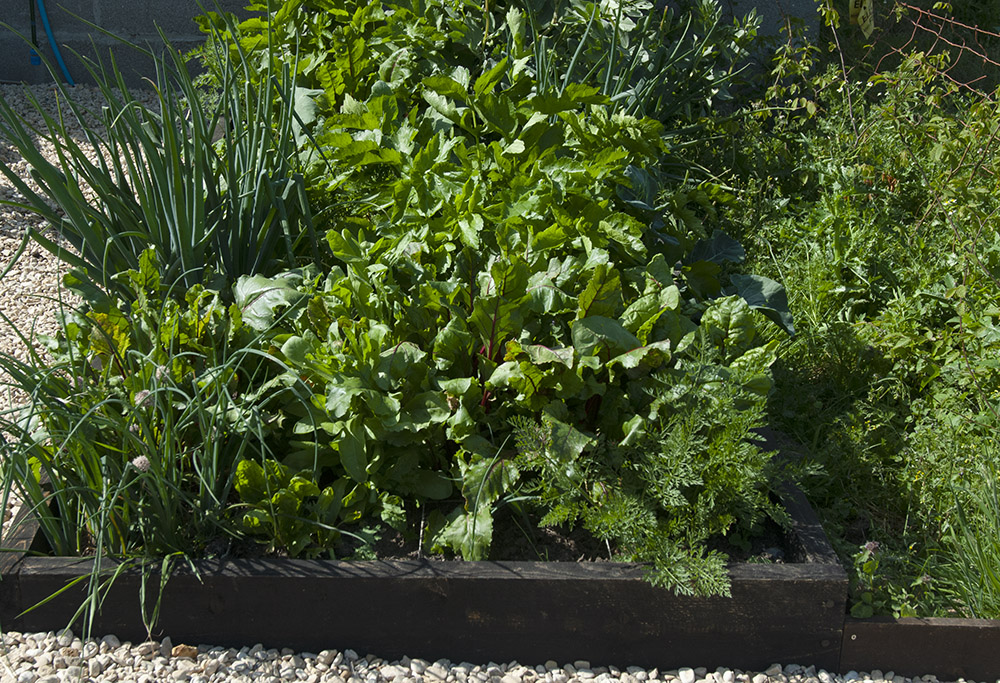 As we get into summer and I start harvesting the first vegetables, I can’t be the only one to think  – have I sown enough?   Perhaps something has failed, the pesky birds have destroyed some seedlings or the slugs have been having a field day.

Don’t despair. There’s a lot that can be sown in mid summer to fill the gaps and take you through autumn and beyond, plus green manures to protect your soils.

Lettuce seems to take an age to get going and then all of a suddenly it’s bulked up and going over.  So, you want plenty coming through. Keep on sowing the lettuce and other salad crops, little and often, so you have a ‘conveyor’ belt of seedlings.  Some varieties are better being sown early in the year, but there are plenty to sow in the warmer months and others that will take you through into autumn.  Remember that if its too hot, they won’t germinate, so don’t put sow lettuce in a polytunnel or greenhouse during a hot spell.  Don’t forget the herbs too. Keep sowing basil, coriander and parsley, either in the ground or pots.

I sow a pot of 10 French beans twice a month through to the end of July, choosing different varieties.  The last sowing allows the plants just enough time to mature before the first frosts. I also plant some in the polytunnel to take me through into October if I am lucky.

Keep on sowing the peas and mange tout too, right through to the end of July so they will deliver their harvest in October.  You can start sowing again in October through to December  too, if you choose a hardy variety such as Douce Provence. This is an easy to grow variety  that doesn’t requiring any staking either.  When choosing varieties to  sow in autumn remember to opt for round seeds rather than wrinkled ones, as round seeds do not collect water and rot in the ground, unlike a wrinkled type.

And although we associate broad beans with early summer, you can continue to sow some varieties through July for harvests in late September and October,  such as The Sutton.

You can continue to sow carrots until July but check the variety, while a sowing of beetroots will give you a lovely crop in autumn. These can be stored for use later in the year. There are some really fast-growing turnips that can be harvested when the roots are the size of a golf ball – no need to wait until they are huge.  So you will have time for several more sowings of these roots.

Sowing in mid summer can help avoid the problem of bolting plants. Perpetual spinach and chard can be sown through until August for a winter crop. The plants will die back a bit and then grow more leaves in spring, giving you plenty of fresh leaves to harvest during the ‘hungry gap’

Now is a good time to sow your spring cabbages and all-year cauliflower so they are ready to plant out in autumn. You can also find some varieties of autumn calabrese.

August is a good time to sow onions for over wintering.  Varieties such as Radar and Augusta can be planted out in autumn and they will overwinter and be ready to harvest in May – June, ahead of the spring sown varieties. Ailsa Craig can be sown in September and October but its not so hardy so needs to be kept under cover until planting out in spring.   You have more choice if you opt for autumn sets. However, I prefer to sow onions rather than buy in sets. Not only are seeds cheaper but there is little risk of importing white rot.

Have you got some empty beds?  Perhaps you don’t want to sow any more veg, so what about a green manure?  Green manures are fast growing, quick to establish crops that will cover the soil to protect it from the elements, provide biomass that will boost your soil organic matter and if you let them flower, they will attract pollinators such as bees and hoverflies. Some will be killed off by the frosts, others will stand through winter.

I prefer to allow my green manures flower  so they self seed the following year.  I’ve just sown