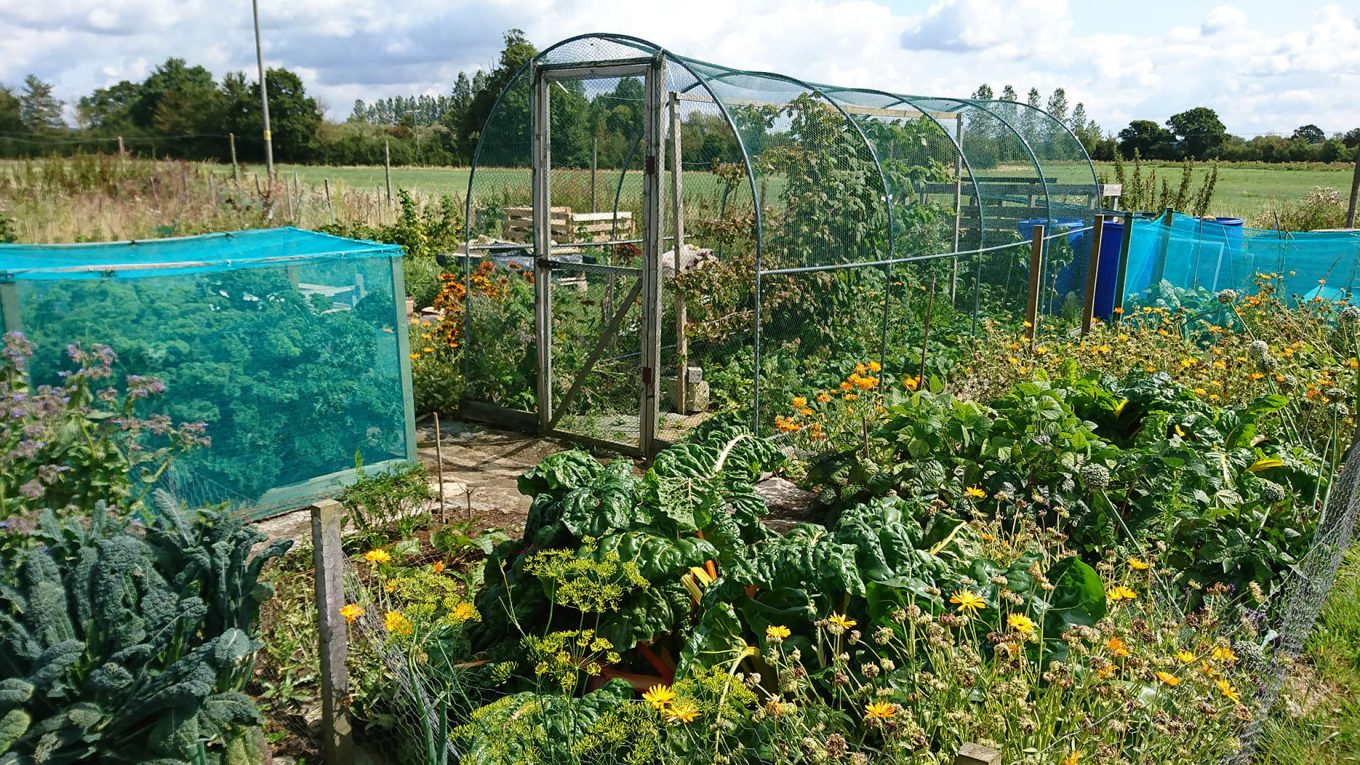 It’s the time of year when the allotmenteers at Empire Farm are planning the year ahead, seed catalogues are out and planting plans in preparation. Like much of the country, the weather has been very wetover the last few months, so there’s not been much activity, other than a bit of harvesting for Christmas lunch. What is interesting is that the no-dig plots have fared well and there is little standing water.

Liz says: “For 2020 I am aiming for better succession with climbing beans and carrots. I want to try growing cauliflowers which I have never tried before and I am hoping to make small wildlife pond as I could do with some frogs to help with the slugs, although they have not been much in evidence this year. There seemed to be fewer voles than usual thanks to the barn owls.  I found several owl pellets as evidence of their presence.”

Particular highlights on my own plot included

All the allotmenteers have to submit their records for the farm’s annual organic inspection to ensure standards have been upheld. Every allotmenteer must buy organic seeds, bulbs and tubers etc, make sure that certified organic composts are used, and that nothing chemical goes on the plot, such as slug killer and aphid sprays, unless certified organic. The inspector wants to see a planting plan for each plot showing the rotations and all the seed packets or receipts to prove that certified seeds were used.

Where we get our seed

There tends to be a restricted selection of certified organic seeds. Most of our allotmenteers tend to buy their seed from with Organic Gardening Catalogue and Tamar Organics.  I have used Brown Envelope Seeds in Ireland for some more unusual seeds. Plug plants are bought from Organic Gardening Catalogue or Organic Plants. Other organic seed sources include the Seed Co-operative https://seedcooperative.org.uk/  Seed parade www.seedparade.co.uk  and Vital Seeds (https://vitalseeds.co.uk)

Of course, the best sustainable approach is to save seed and most of the allotmenteers save some seed and swap with their neighbours.

Love the colours of young tree spinach, look and t

First #courgette of the year in the #polytunnel,

Lunch. Love this time of year when salads come on

The Pyracantha by the back doors is looking fabulo

A different view of the ubiquitous white deadnettl

#earthworm motoring across the meadow at some spee

The girls enjoying the spring sun in the new #orch

Beautiful peacock butterfly, was waiting for an or