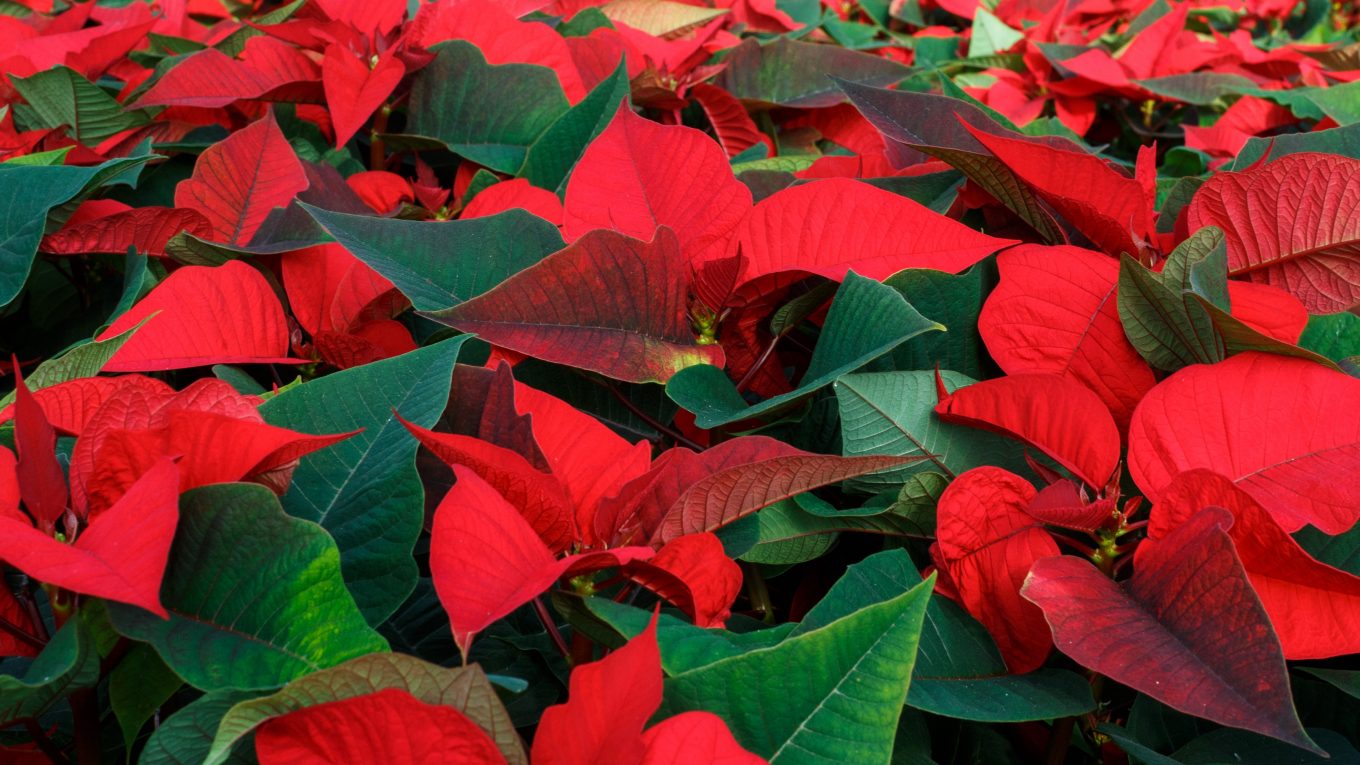 A few twitter posts re lovely poinsettias got me thinking. Are they green? Should we buy them? What are their eco credentials? And why are phytoplasmas so important?

So, a bit of background first. Poinsettias are a member of the Euphorbia family, Euphorbia pulcherrima and they come from southern Mexico and Central America, where they are found as a shrub growing up to 5m tall, in warm, shady locations. They flower from December to January, but the red ‘flowers’ are not flowers at all, but bracts. The flower is tiny and found in the centre of the whorl of bracts. They can be kept as a house plant, but they can be tricky to get back into colour again.

Sales of poinsettias in the UK are expected to exceed a staggering 8 million in 2019 according to the AHDB. Most are the traditional red varieties but there are white and pink varieties too. Poinsettias are best sellers for companies such as M&S, which expects to sell around 630,00 plants, priced from £3 to £10. The cheapest can be bought for just 99p from outlets such as Lidl and many companies use them as loss leaders to entice shoppers in. By twelfth night, the poinsettia may be past its best, so out it goes along with the Christmas tree and wreath, ending up in the bin, green waste or compost heap.

Despite the huge demand, there’s not much profit in commercial Poinsettia production as competition is stiff, especially from the vast Dutch commercial operations. However, for many commercial growers, poinsettias fill the gap in bedding plant production and if the company has a biomass boiler the costs of heating the glasshouses is much reduced. The commercial Poinsettia year starts in summer when the producers import cuttings, usually from Holland. Poinsettias are short day plants, so they will only come into flower when the daylength is 12 hours or less, so commercial plants are prepared for sale under artificial conditions of 12 hours light and 12 hours dark, with no other light sources, as just a short burst of light can disrupt colour development.

Why are phytoplasmas so important?

The native poinsettia is a large, upright shrub, so not much use to commercial growers. However, in the 1967, a new cultivar was introduced with a branching habit. While the cause of the branching was not known, it could be transferred via vegetative propagation. Then in 1997, the factor causing the branching was identified as a phytoplasma.

Phytoplasmas are single-celled pathogens, rather like bacteria, that are found in the phloem of host plants. They infect many plants and cause disease in crop plants. One of the symptoms of phytoplasma infection is a disturbance of the plant’s natural hormones, resulting in symptoms such as green flowers, infertility and the proliferation of side shoots, known as a witch’s broom. It was this branching characteristic that changed the fortunes of the poinsettia and lead to its commercial success. And this is the reason that commercial growers have to use cuttings, rather than seed, as they need to use material that is infected with the phytoplasma. Some growers will enhance the dwarf nature of the cultivars further by spraying with growth retardants, such as chlormequat, that inhibits the natural growth hormone gibberellin.

What are my concerns about poinsettias?

I have quite a lot!