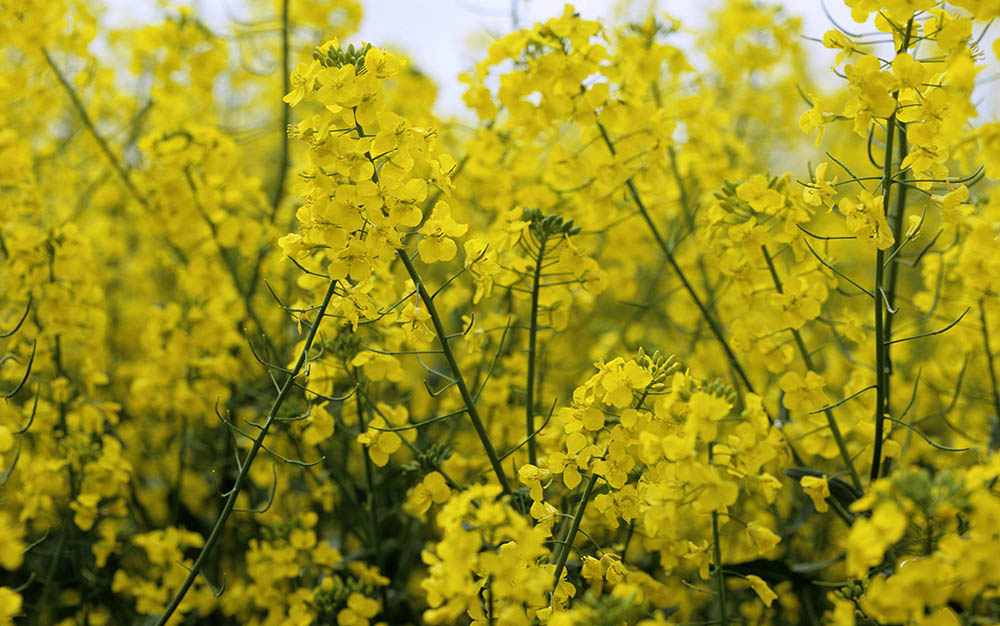 It was a comment from one of the speakers on BBC Radio 4 Farming Today (Sat 15 June) that got me thinking about #nectar, or rather the lack of nectar. The topic of discussion was flea beetles and oilseed rape crops. Now that #neonicotinoids have been withdrawn, some farmers are struggling to grow the crop, such is the level of flea beetle larvae in crops, especially in the south. Many farmers have either not grown the crop or have a failed crop. You have only got to look around the countryside to see that the expanse of yellow that we are all so used at this time of year is either smaller or missing all together. The result – a lack of forage for honeybees. It’s rather bizarre that the campaign to get rid of neonicotinoids to save #bees has led to less oilseed rape, causing concern amongst commercial beekeepers.

But arable fields are not the only nectar deserts. Our gardens can be surprisingly short of nectar for bees and other #pollinators at this time of year. Fruit trees have finished flowering but the herbaceous beds are only just bursting into life.  So what can gardeners do?  Take a relaxed view about weeds perhaps? Many ‘weeds’ are incredibly useful nectar sources, especially early in the season. for example dandelions and white dead nettle.  A weed is often described as a plant growing in the wrong place and some of the more colourful and nectar-rich weeds are just a step away from being designated as garden plants. So rather than pull them out, a more laid back approach to weeds will help the pollinators.

Many weeds are nectar-rich compared with their improved cousins, so it’s not surprising that we see a constant stream of visitors to a bank of weeds compared with gaudy, nectar-deficient ‘improved’ garden plants.  You also need a selection of flower types (tubular, open, small, large) to find favour with a wide range of pollinators and this is where weeds can help. Long-tongued bumble bees like tubular flowers that they can reach down into, while the short-tongued species prefer more open flower heads.

An easy way to help to offset the lack of nectar in spring is to let your overwintered brassicas, dill, and parsnips flower.  Another benefit from doing this is the boost to parasitic wasps – valuable predators that help to keep the numbers of cabbage white caterpillars and aphids under control.  Flowering brassicvas is a sure way of attracting them.

Some ‘weeds’ are real gems such as

And the lawn ‘weeds’ – daisies and clover – tough plants that cope with being trampled and chopped, coming back for more. Let the lawn go for a few weeks in summer to get a mass of flowers for bees, so more resilient than a pristine expanse of fine-leaved grasses.

High quality food sources are vital to the survival of bumble bee queens. At the end of summer, a bumble bee colony produces new queens which mate, hibernate and start new colonies, Research has found that bumble bee colonies located within 250 to 1000 metres of habitats with high quality food sources that supplied nectar and pollen throughout the bees’ lifecycle produced more daughter queens that survived to their following year.

With #climatechange, comes ever earlier springs. Pollinators may be active but lack nectar sources . This year, for example, February was incredibly warm and bumble bees were active, but there was very little around for them to forage on. Allowing some weeds to flourish can fill the nectar gap and extend the season, both in early spring and late autumn.