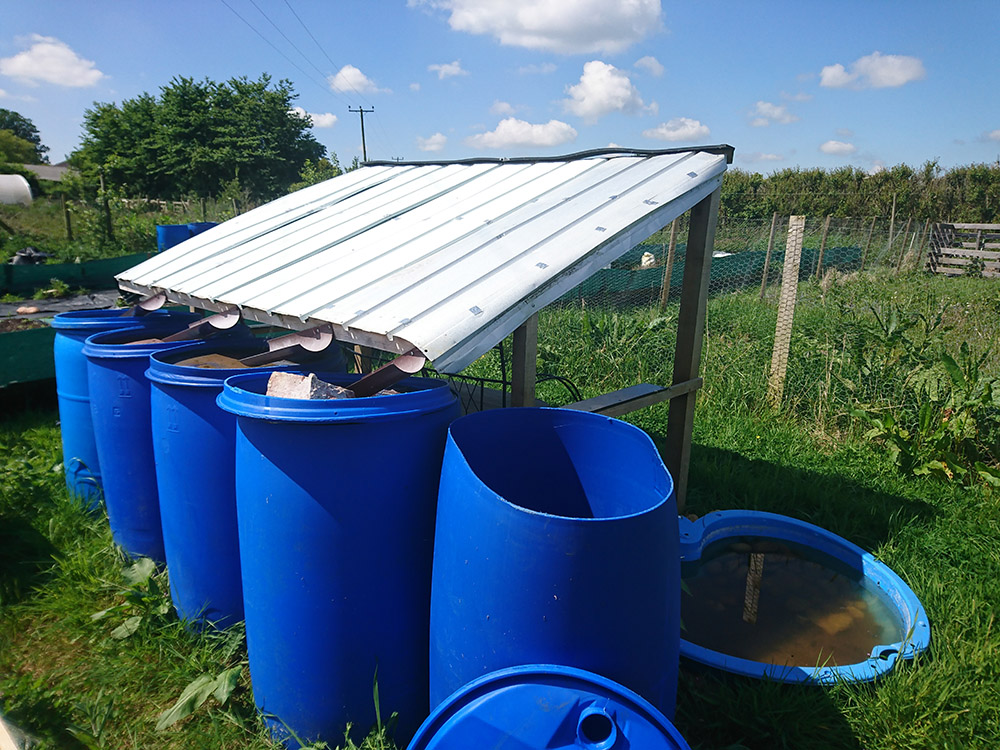 Hurrah, some rain is forecast.  I know it’s June and we all want to be outside enjoying the sun and the last thing we want is rain.  But 2019 has been a dry year so far.  Down in the South West, January was incredibly dry. Then summer arrived early in February, when temperatures soared and reached record highs in some part of the country. The rain returned in March, but April and May have had lower than average rainfall.

The Environment Agency’s water flow and river level data for England look worrying.  There were no rivers recorded as having above normal flows, in fact, more than half of the rivers that are recorded in the data had a daily flow that was below normal or notably low compared with the mean data for this time of year.  In the South West, the cumulative rainfall total for May is less than 40 per cent of the monthly long-term average.  We are going to need higher than average rain over the coming weeks and months to help to replenish the ground water.  It’s beginning to look much like 1976 and 1977 which is not good news for our gardens. Hence my enthusiasm for the predicted rainfall.

Our gardens are already suffering. I don’t know about your soil, but my soil is dry! I garden on a heavy clay and it’s already baked hard. In fact, it’s hardly changed since last year, so I’m planning for another dry year.

Firstly, get mulching!  It’s amazing what a simple layer of mulch over your soil does to trap moisture. Mulch can be anything from compost, straw, bark, gravel, crushed slate. I like grass clippings at this time of year. I don’t use them fresh but spread them out and leave them to dry for a few days, so they are not too ‘hot’ when I spread them over the soil. I have been mulching with comfrey leaves in the polytunnel as they will not only protect the soil, but release minerals too, so a double benefit.

My experiment with deep mulched beds in the style of Ruth Stout is looking good. Last autumn I covered a raised bed with a thick layer of old straw and hay. It protected the soil over winter, stopped weed seeds germinating but most importantly, it conserved water. By April all the other beds in the vegetable garden were dry and needed watering before I could sow any seeds or put out transplants. It was so different in the mulched bed.  The soil under the mulch was moist and ready to plant up!  It’s now early June and the soil is still moist and I haven’t had to water any plants.

I bet you’re all thinking: ‘What about slugs’ Well, this year I haven’t seen many, so I am taking the risk. If they do appear, I’ll pick them off and then use some nematodes to wrestle back control.

Be inventive and save some water

What else can you do now? Save water! If you are not harvesting water, start now. Install water butts to catch water from roofs. Any roof will do, the house roof to the shed roof. You can harvest water on the allotment too, as this photo shows. A simple wriggly tin roof that catches water and directs it into water butt. In fact, any flat surface can be used up to direct water into a container or even an upturned umbrella over a blue container with a drainage hole!