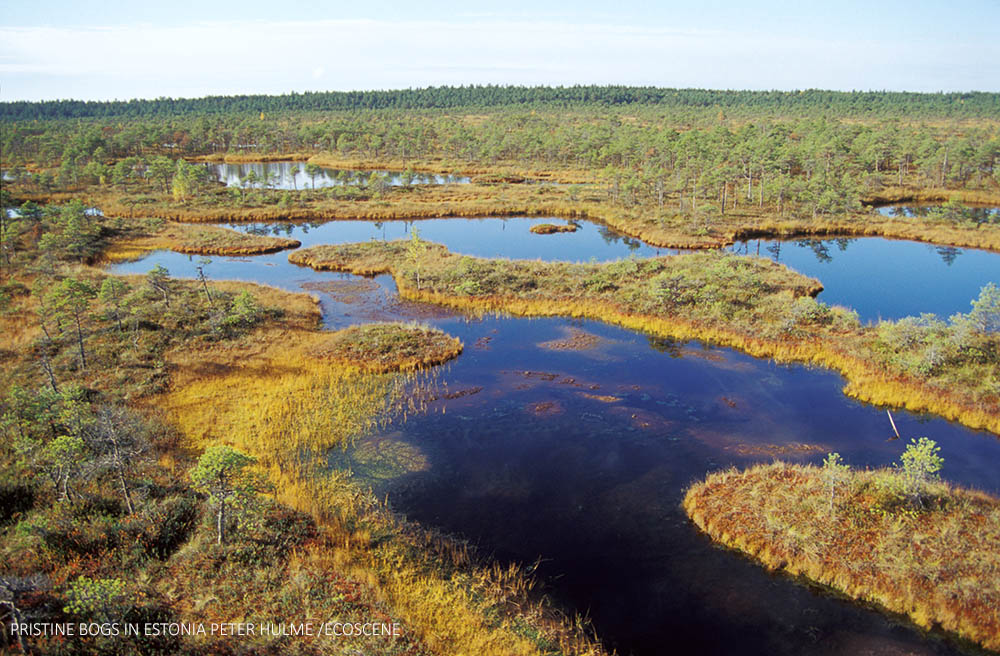 There must be a lot of ‘peat is best’ gardeners and growers around as they account for more than 60% of the peat bought in the UK. They claim there are no alternatives but there are plenty on offer. And even if they think the alternatives don’t perform as well, that’s no excuse to encourage the continued rape of our peatlands to simply fill a plant pot. People are outraged about the burning rainforests, but peatlands are just as important, and the UK has managed to damage or destroy 80% of its peat bogs and fenlands so they are no longer sequestering carbon. The demand for peat-based composts demand is fuelling the destruction of peatbogs in Ireland, Finland and the Baltic States too (the feature image shows pristine bogs in Estonia). The peatfree message is not hitting home.

It’s been 30 years since Geoff Hamilton told gardeners to go #peatfree, but peat-based composts are still on sale, taking pride of place in garden centres, while more of our valuable peatlands disappear.  So, more needs to be done and this is where I think the TV gardeners, writers, blogger and vloggers have an important role to play.  They need to lead by example. I get so frustrated when I read an article in a gardening magazine as I did yesterday. The well-known columnist wrote ‘multi-purpose compost’ several times. OK, it’s better than references to using a peat-based compost, but its still not enough. It wouldn’t be difficult to insert #peatfree in front of multi-purpose. I know its not much, but when it comes to changing people’s buying behaviour the drip drip drip approach can be very effective.

Speaking as an editor (Organic Farming magazine from the Soil Association) can I implore fellow editors and writers, bloggers and TV presenters to simply include the word #peatfree every time you refer to a shop-bought compost. It’s not difficult, it costs nothing and, hopefully, if consumers continually hear the word ‘peatfree multi-purpose compost’ or peatfree potting compost’ they may get the message. They read our words and watch TV programmes to learn and be guided on the best practice.  We all need to be on message.

One thought on “#Peatfree – garden writers need to take the lead”

Earth Day - there's lots of little changes that a

New shoots on the vine. Its an old plant and I gav

Can't miss the #peatfree label on these chilli pla

Courgette seedling destined for the corner of the

Make your own potting compost for #peatfreeapril

Somebody is not impressed with the cold! Taking co

Not snow but masses of blackthorn blossom. I have

My 'time saving' compost heap. I don't have stati