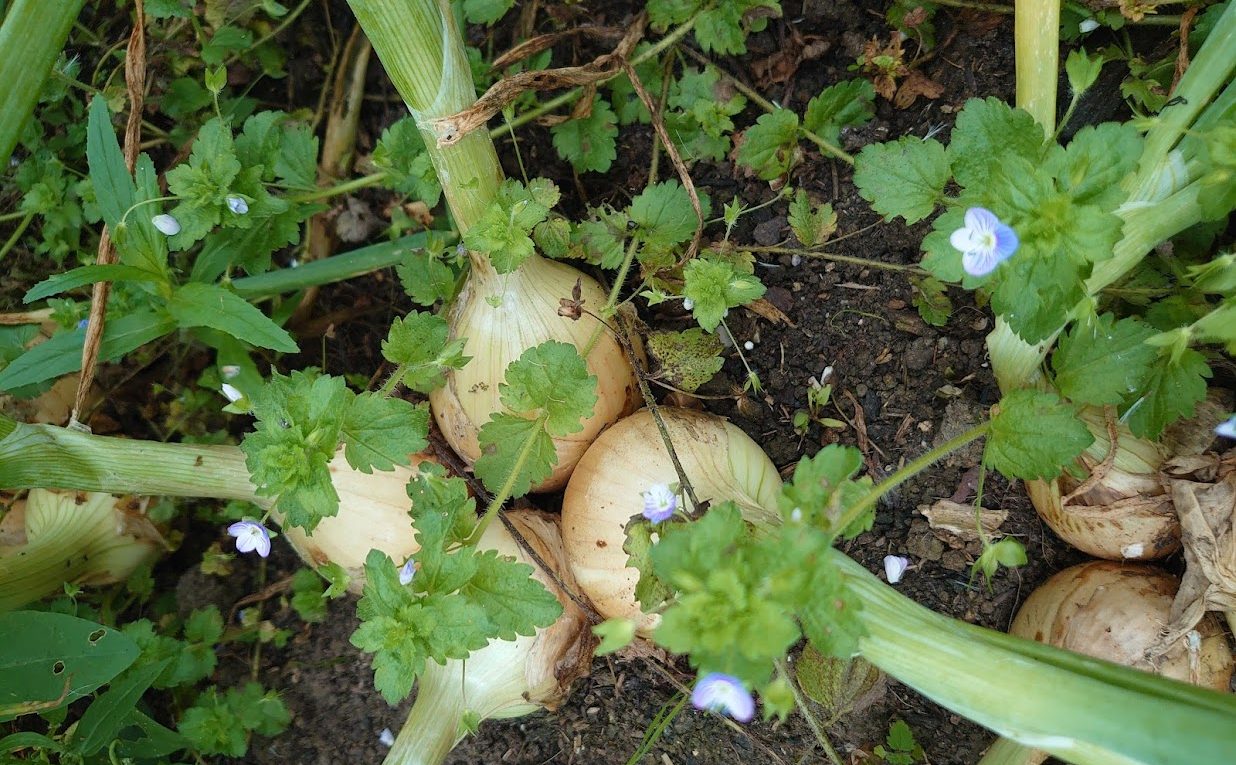 These Ailsa Craig onions were grown from seeds, not sets. Sown in modules in Feb / March and transplanted in April and May. They are later than set grown, but looking good. Not only is it much cheaper to raise #onion from seed (you can get 100+ onions from a packet of seed), but it reduces the risk of white rot. White rot is caused by a fungus that causes wilting and poor growth, as the bulb mature they become loose in the ground and a white rot appears at the base of the bulb. The fungal spores live for 15-20 years in the soil and infect all members of the onion family. I have had this in the past, imported on sets which are often a source of infection which restricts where I can grow onions.

I am also interested in living mulches – a low growing mat of living plants that protects the soil. So I don’t remove all the weeds around crops once established, leaving a small flower bearing ones. You can see here that I have let speedwells and other weeds grow around the onions to provide soil cover. Not the neatest bed but better for biodiversity 🐛🦋🐞🐝🌸

If you want to learn more about these type of methods re soil and crop health and biodiversity, there is plenty in my new book The Healthy Vegetable Garden out on the 2 Sept week – read more here
.