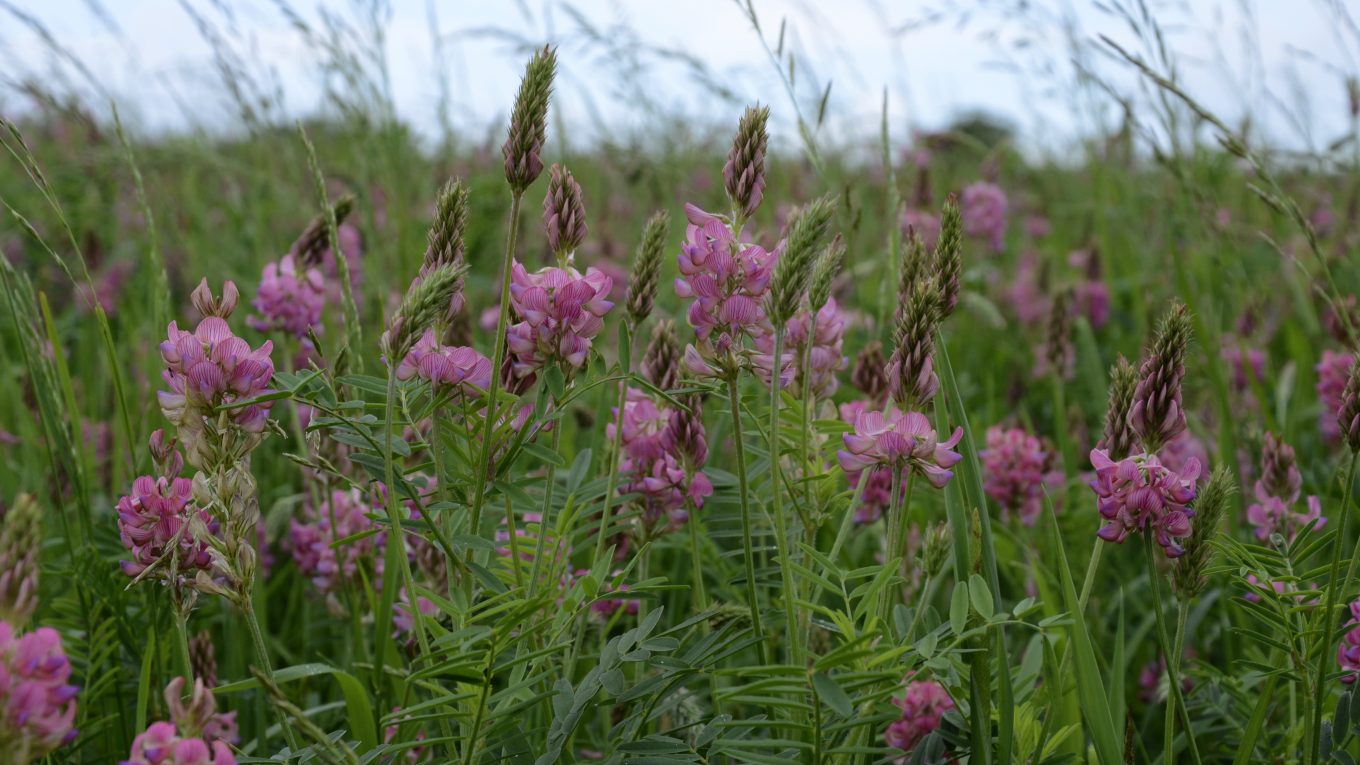 Holy hay or holy clover, sainfoin is a forgotten non-bloat legume with amazing properties and not surprisingly it’s making a bit of a come back. I went to the Cotswolds to learn about sainfoin at an event hosted by Cotswold Seeds and Honeydale Farm. 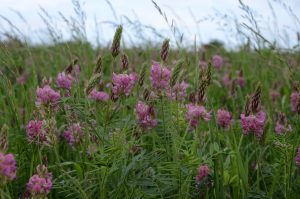 Sainfoin (Onobrychis viciifolia) is a perennial legume that thrives on thin chalk, limestone or stony soils typical of  the South  Downs and the Cotswolds. Its an attractive plant, produces large spikes of pink flowers in early summer that are a magnet to insects.  Known as holy hay, it has long been known for its many attributes. During the day we heard from several speakers about their experiences growing sainfoin and the results of the 4-year Healthy Hay project funded by the EU. There are so many benefits to this crop and here are the main ones:

Sainfoin has so much going for it, so I’m surprised more farmers don’t grow this attractive forage crop. The expertise is there now, so there is no excuse not to grow it.